To create a more natural looking rendered 3D face rendering, we suggest you set up your virtual camera with a focal length equivalent to a 50mm lens, and the virtual camera distance roughly 45 cm away from the face. The following sample code shows how to set up a Three.js camera to achieve that:
var nearZ= 10;
var farZ= 1000;
var fov= 50;
var camera = new THREE.PerspectiveCamera(fov, window.innerWidth / window.innerHeight, nearZ, farZ);
camera.position.z = 450;
scene.add(camera); 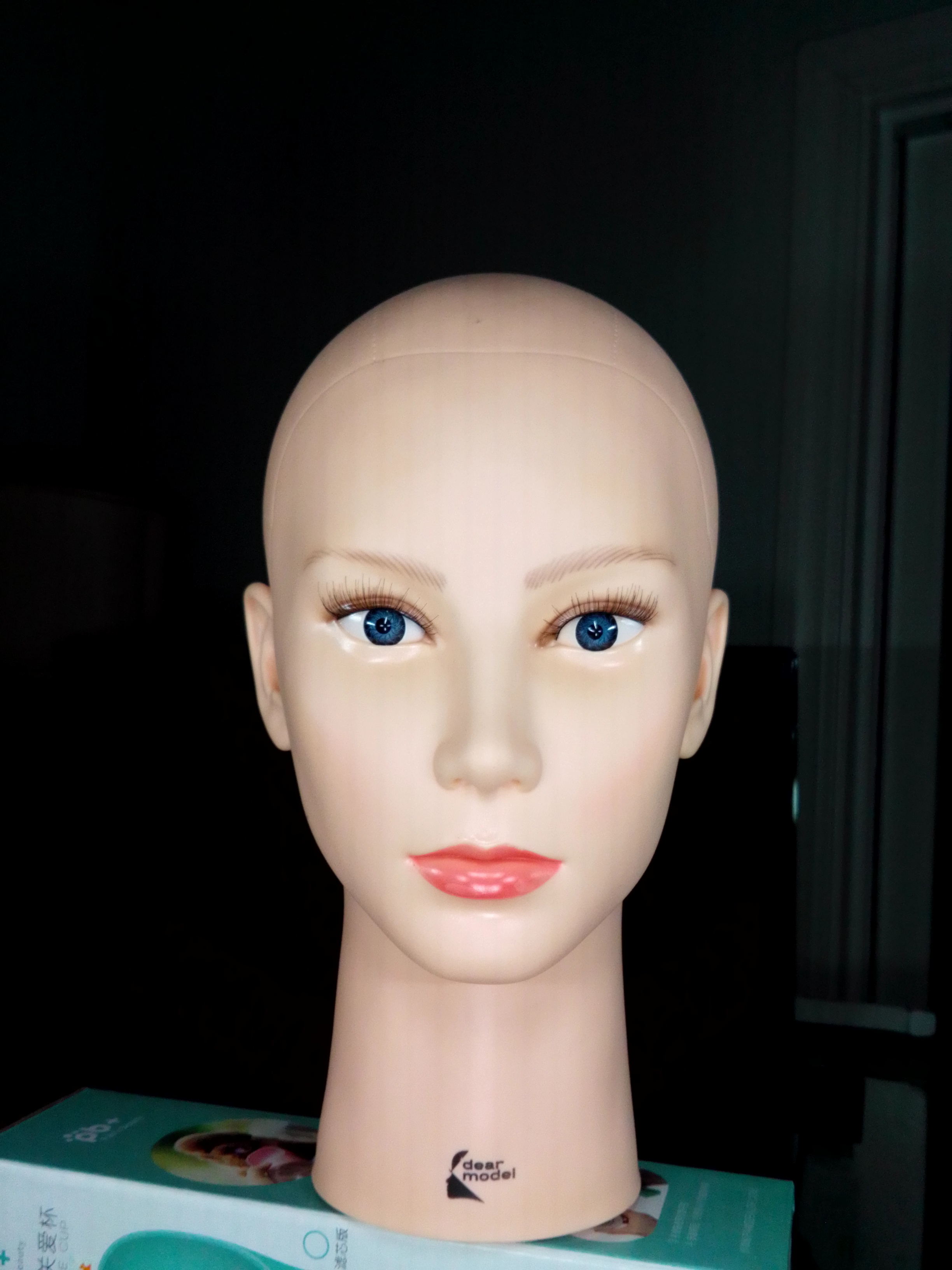 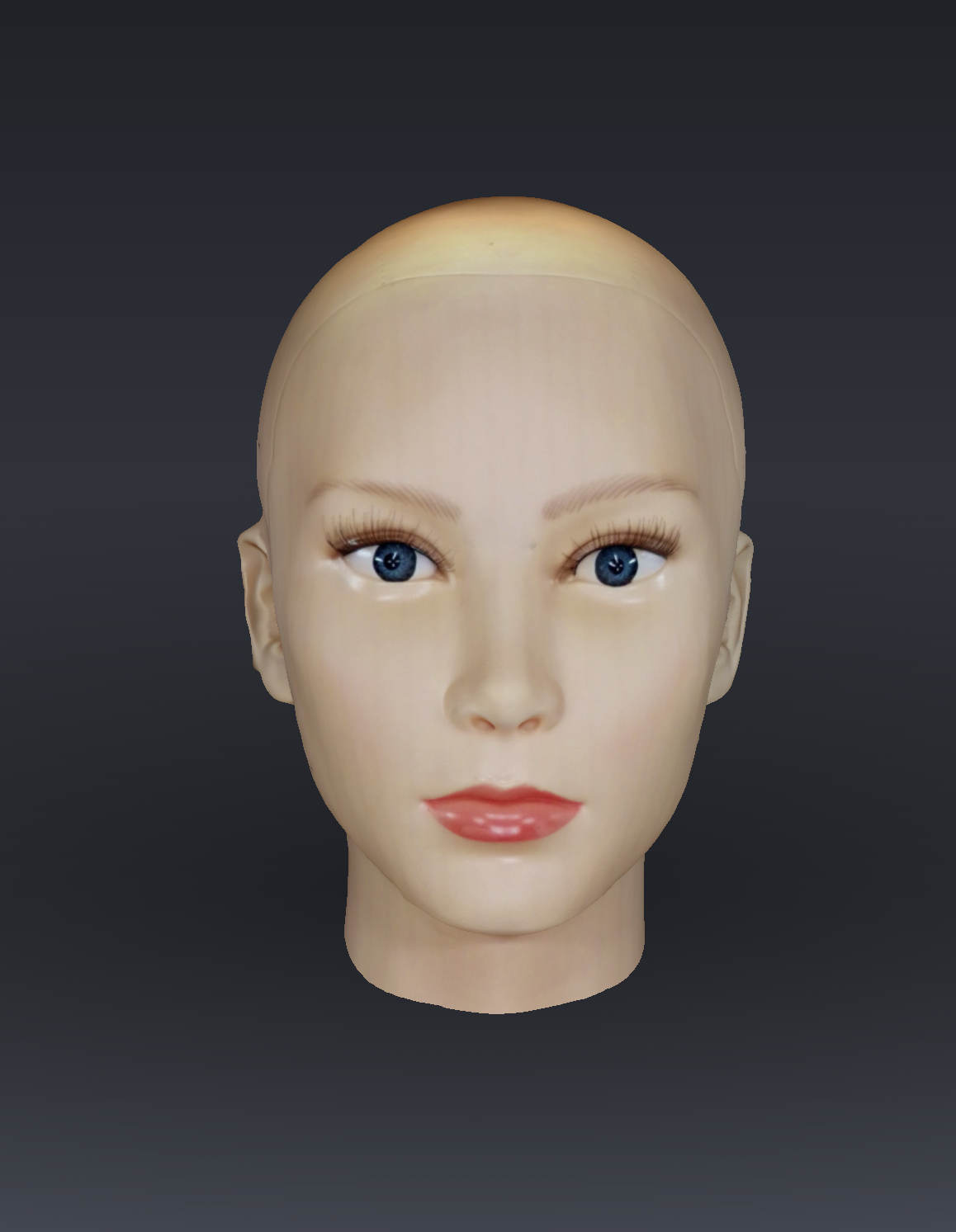 If you need more info about the basic concepts of camera lenses, please check below:
Perspective Projection:
It is a method of drawing three-dimensional objects generally on a flat surface, of an image as it is seen by the eye. In perspective projection farther away object from the viewer, small it appears. This property of projection gives an idea about depth. Two main characteristics of perspective are vanishing points and perspective foreshortening. Due to foreshortening object and lengths appear smaller from the center of projection. More we increase the distance from the center of projection, smaller will be the object appear.
Orthographic projection:
It is a method of showing three-dimensional objects in two dimensions (that is on plain surface). It is a form of parallel projection, in which all the projection lines are orthogonal to the projection plane, resulting in every plane of the scene appearing in affine transformation on the viewing surface.
In our Bellus3D ARC scan app, the 3D viewer is using a virtual perspective camera (LEFT)

Camera Working Distance:
The distance between the camera and the main object that gets captured in the image. In our case, the object is a face.
Focal Length:
The distance between the lens and the image sensor when the subject is in focus, usually stated in millimeters (e.g., 28 mm, 50 mm, or 100 mm).
The shorter the focal length, the greater the extent of the scene captured by the lens. On the other hand, the longer the focal length, the smaller the extent captured by the lens. If the same subject is photographed from the same distance, its apparent size will decrease as the focal length gets shorter and increase as the focal length gets longer. 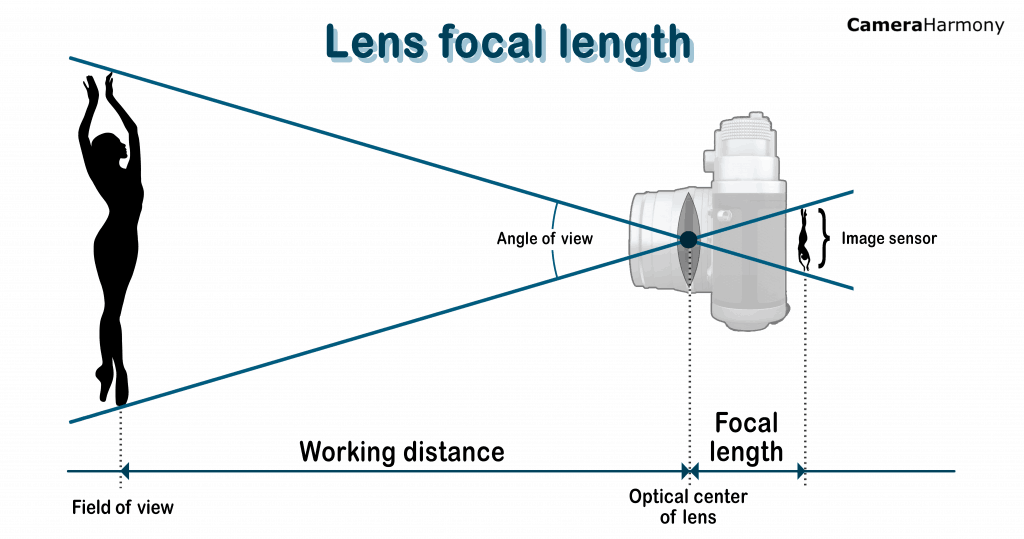 Below is an example of images captured under the same camera working distance with different camera lenses. 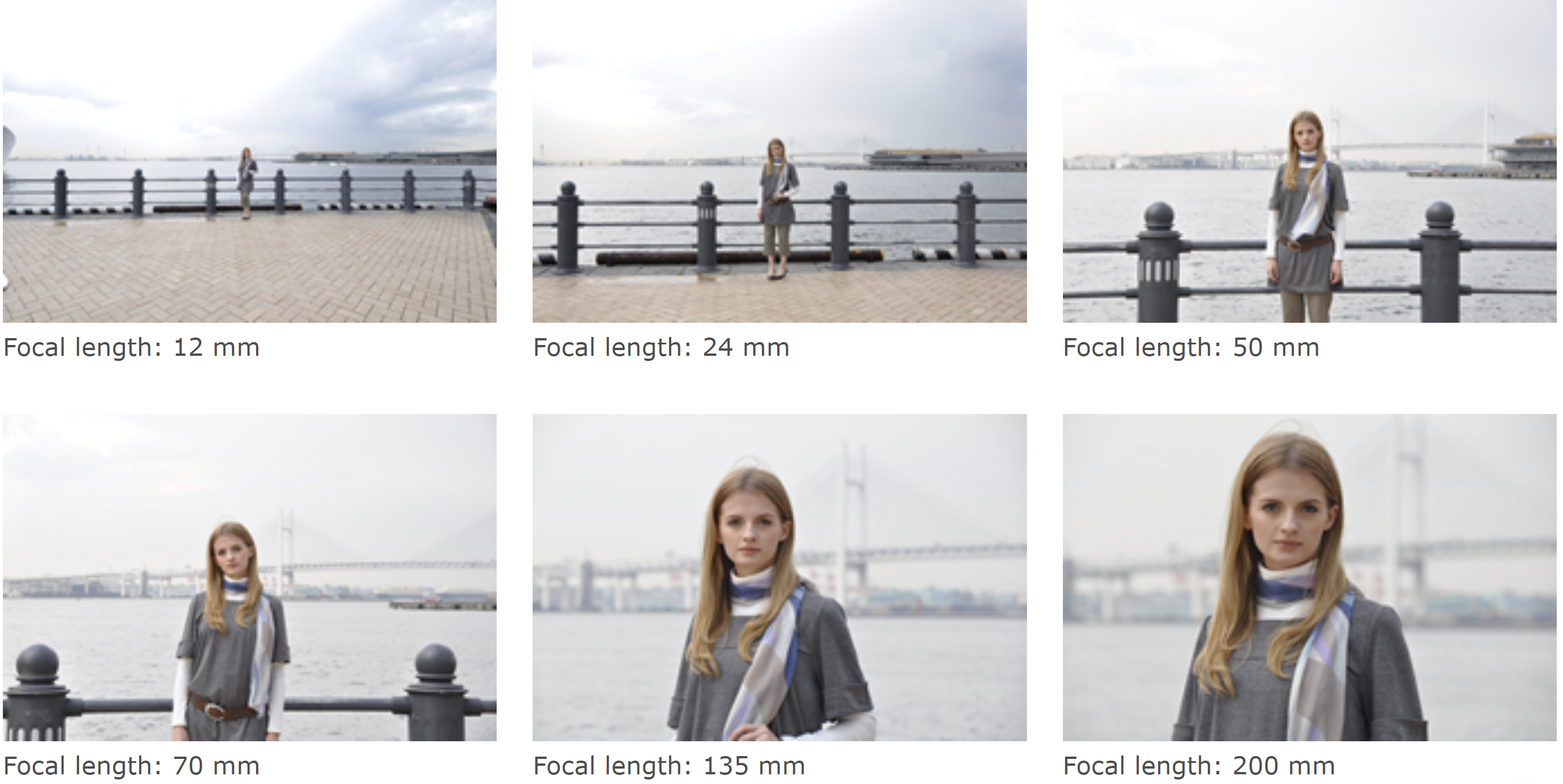