This article only applies to FuzeDrives that have never booted successfully.  See this article for a FuzeDrive that booted at least once successfully, but no longer does.
For an ACPI BIOS ERROR blue screen (we've so far only seen this with ASUS FX503VD/FX503VM laptops), use this article instead.  Enabling Secure Boot is optional.
In some rare cases, transforming a boot drive can result in a failure to boot.
If boot stops after your motherboard logo or POST screen (without a FuzeDrive logo or other Enmotus notice appearing), then we suggest you try using your manual boot menu.  If you are using UEFI/GPT boot mode, then you would select the secondary (blank) device rather than the original boot drive.  For example, if adding an SSD to an existing bootable HDD, then the BIOS should be showing an option to boot from the SSD, e.g. UEFI OS followed by a drive description: 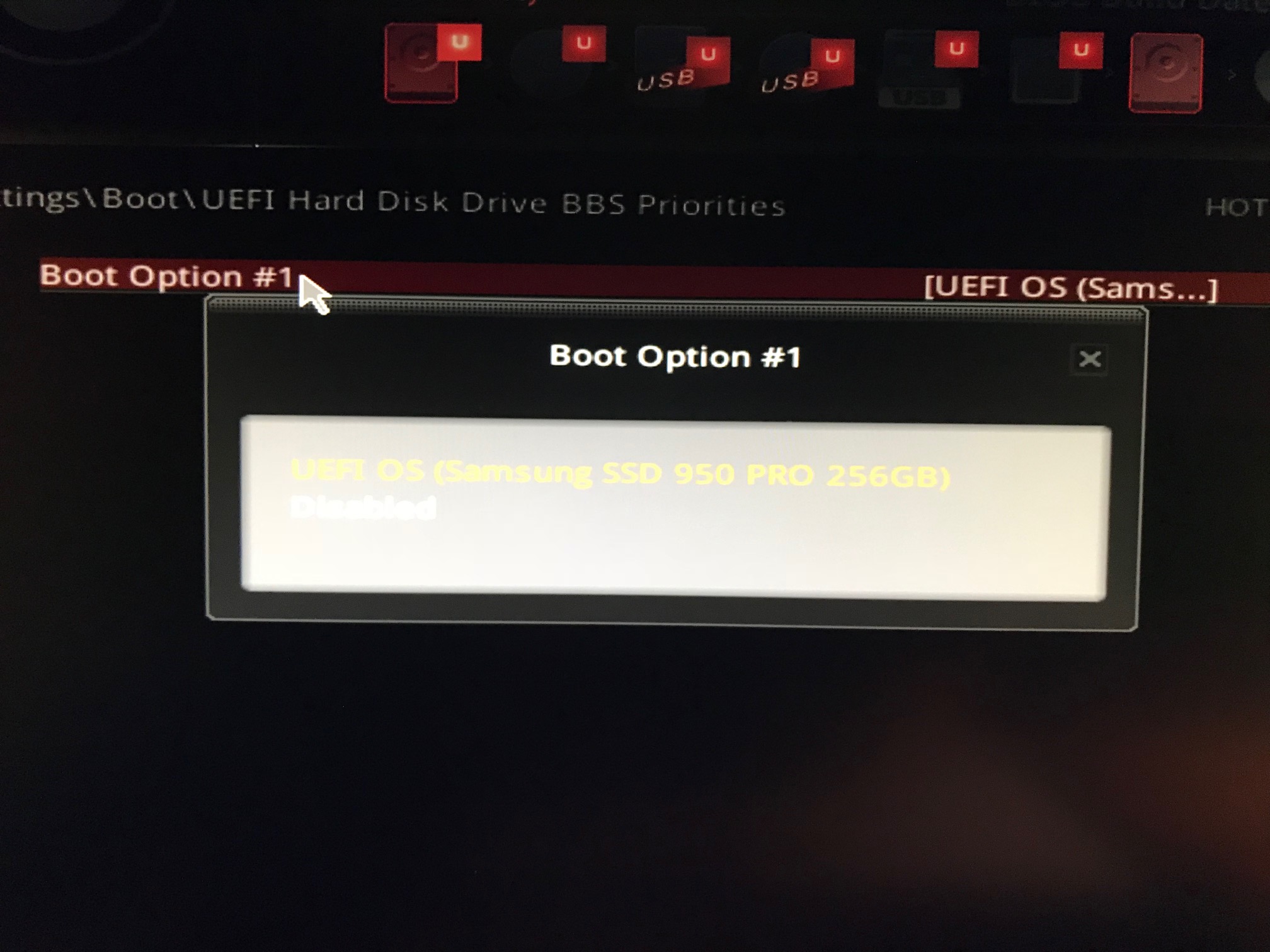 The above was for an MSI BIOS and may appear differently on your system.  After the first boot, it will boot off of either of the two drives.  (For Legacy/MBR boot mode, you can always boot from either drive.)
* * *

NOTE: THIS ONLY APPLIES TO TIERS CREATED WITH VERSION 1.5 OR EARLIER.  However, you can use the tool attached below to create a Rescue USB with this feature.
If instead you see a hang after a message similar to "UEFI Interactive Shell v2.2  [Enmotus v0.0.1.15558]" or after the FuzeDrive logo appears, or if you get an "INACCESSIBLE BOOT DEVICE" blue screen: 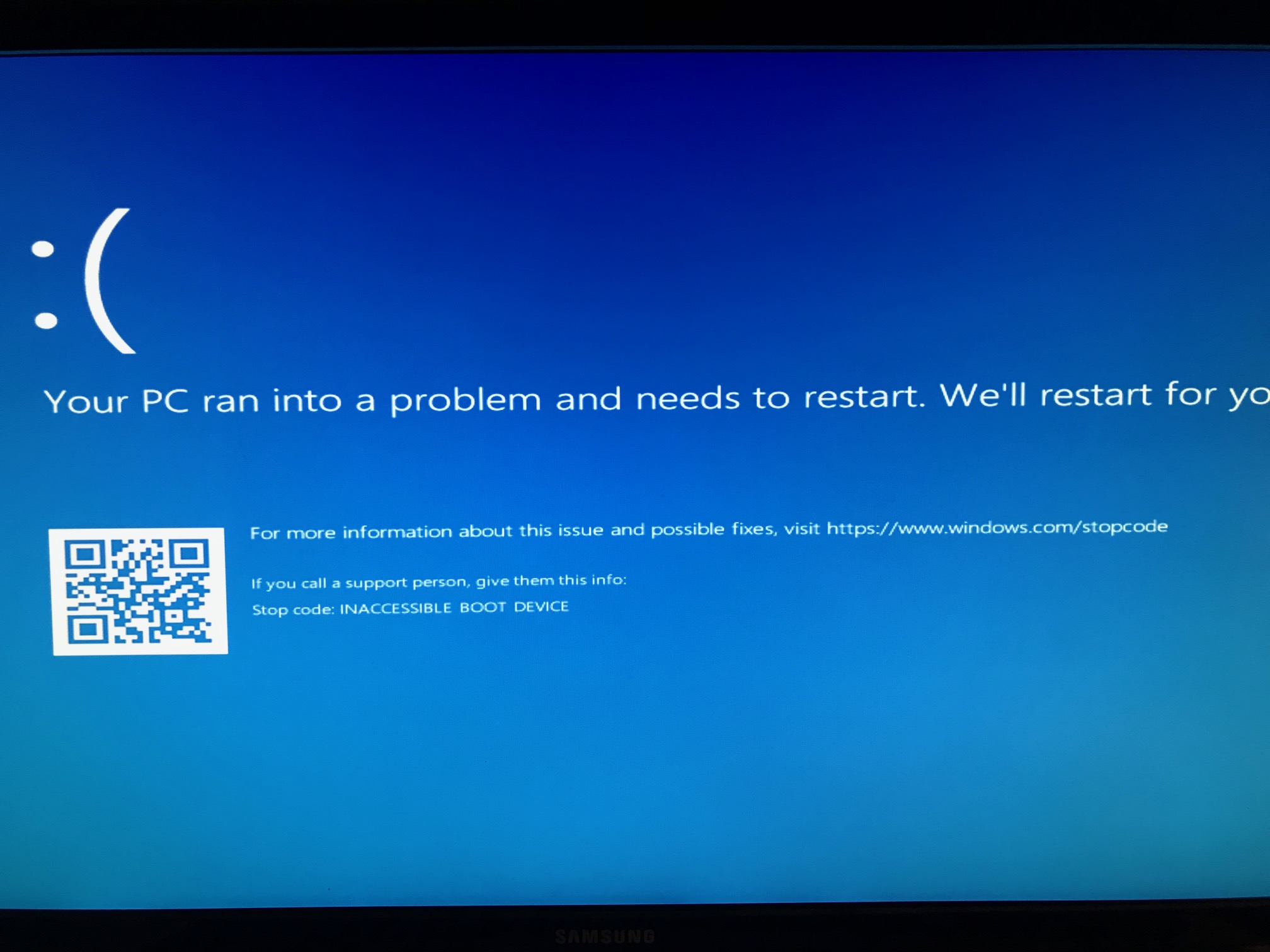 Before giving up and re-installing Windows, for the case where this is the first boot only, there is an option to recover the original boot drive that is likely faster than starting over.
NOTE1: Unfortunately, the following recovery option is not available for legacy boot (MBR) environments. Also, it may not be possible to recover if there are hardware errors or issues with any of the storage devices, power supplies or cables. If you suspect any of the latter, ensure you have thoroughly checked your hardware specs, cables and disks to ensure they are healthy and within spec.
NOTE2: The following requires a reasonable degree of expertise and familiarity using command line operations.
If your Windows is in Legacy/MBR boot mode, or if you are using FuzeDrive v1.6.0, you will need to go to another PC, download the Rescue USB zip file attached to the bottom of this Knowledge Base article.  Format a USB stick as FAT32, extract the file to the root of the USB (i.e., you should have a file E:\EFI\Boot\bootx64.efi, assuming that E: is the USB drive).  Then take this USB to the PC with the boot failure, boot from it, and skip to Step #2 below.
If your Windows is in UEFI/GPT boot mode, and you are using versions after v1.3.2 and before v1.6.0, before you see the FuzeDrive logo, you should see a line that says something similar to "UEFI Interactive Shell v2.2  [Enmotus v0.0.1.15558]".  For one second after that message is displayed, hitting Escape will allow you access to an EFI shell environment.  If you do this successfully, you will see "Shell>" appear in yellow:

You may need to disable the motherboard splash screen in your firmware settings to see the above message.
The following steps will reverse the FuzeDrive transform.

1. Immediately on seeing the UEFI Interactive Shell text appearing, press Escape (if your firmware doesn't use Escape to load the firmware settings, you can hit it repeatedly after turning on or resetting your PC.
2. The Shell> prompt will appear.
3. At the prompt, enter:
FS0:
LS
4. You may see the following list, including the file "ecmd.efi."  If you do not, enter FS1: then LS, FS2: then LS, etc. until you do. 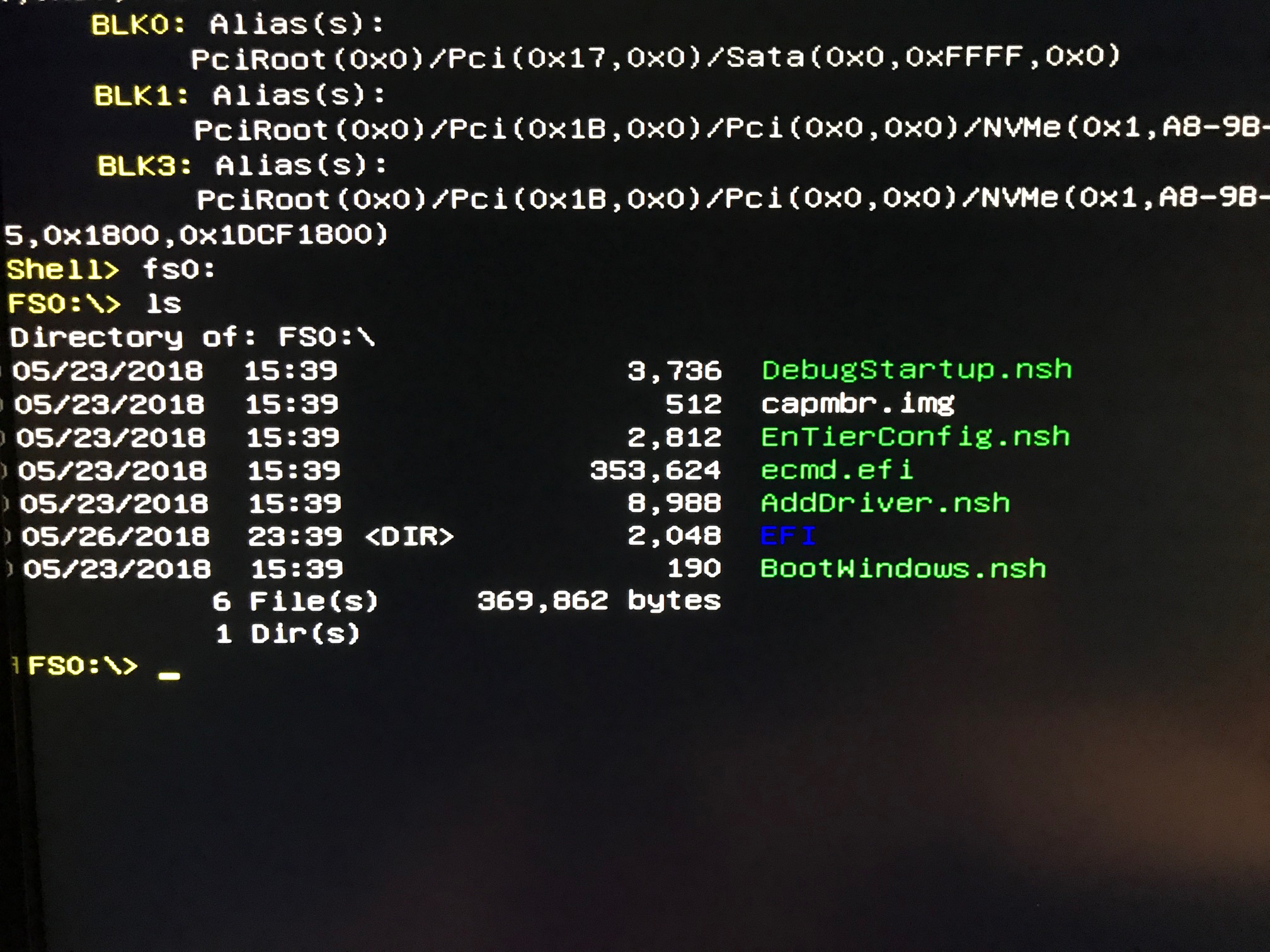 5. Type the following command to attempt to reverse the changes and revert back to the original boot drive:
ecmd --recover autoscan

If is successful, you will see the line "restore complete" at the end of the text. 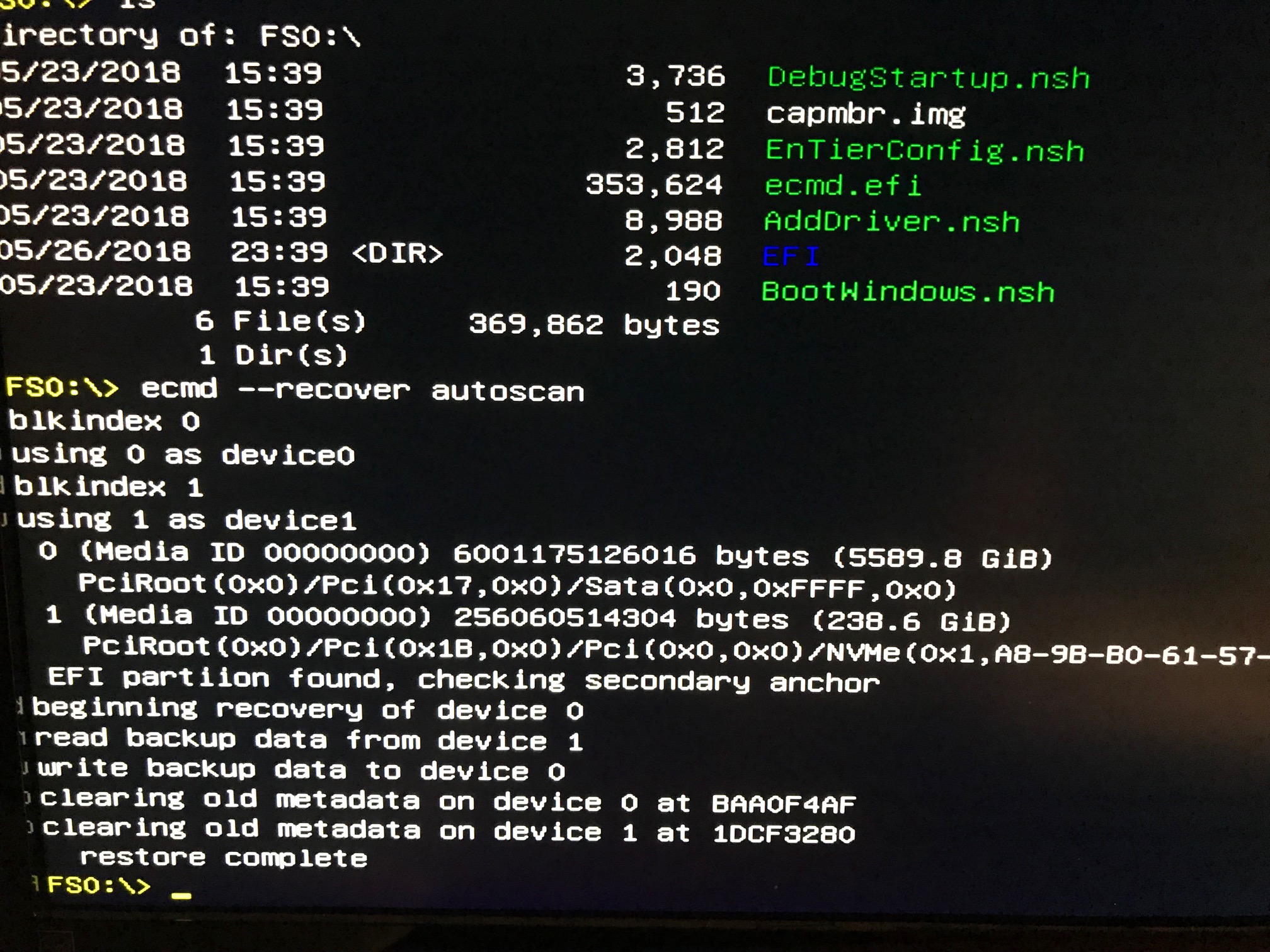 NOTE: If you instead get a failure, then it is likely that a system hardware or software issue is affecting the transform process and the metadata was not written correctly to your drives.
5. Reboot your machine by using the reset button or entering: reset
6. When Windows comes up, open an Administrator PowerShell or command prompt, and enter:
ecmd --delete_all
This will remove any stale metadata from the transform.  At this point, repeating the bootable FuzeDrive creation usually works on the second try.  Please ensure you close all applications before you perform a tier creation, especially software that does background scanning/indexing.  If you have an LED light for drive activity, ensure it's not constantly flashing (indicating background activity), or use the Task Manager to ensure that activity on drive C: is minimal.